'The Road to Reclaiming Your Life': TMS for OCD Treatment

International OCD Awareness Week started in 2009, founded by the International OCD Foundation.  For this year's theme, 'The Road to Reclaiming Your Life', we talk with neurocare's expert team about TMS (Transcranial Magnetic Stimulation) and how it is becoming recognized as an effective treatment option for patients, particularly who have not been helped by other forms of therapy in the past.

What is TMS treatment for OCD?

TMS is a treatment where a magnetic coil paddle is placed on a specific area of the head to activate networks within the brain.  The device is usually just above the left temple for the treatment of Depression, for example.  However, scientists started to explore the effects of the neurostimulation technique on a different area of the brain associated with OCD.

Drs. Marleen Stam, a psychologist who trains other therapists in the correct delivery of TMS, explains the approach behind treating OCD with TMS.

"In patients with OCD, excessive activity is seen within the supplementary motor area which is an area of the brain that plays a role in planning and executing behaviors and activity. With TMS the aim is to inhibit the activity in this part of the brain to treat the OCD." 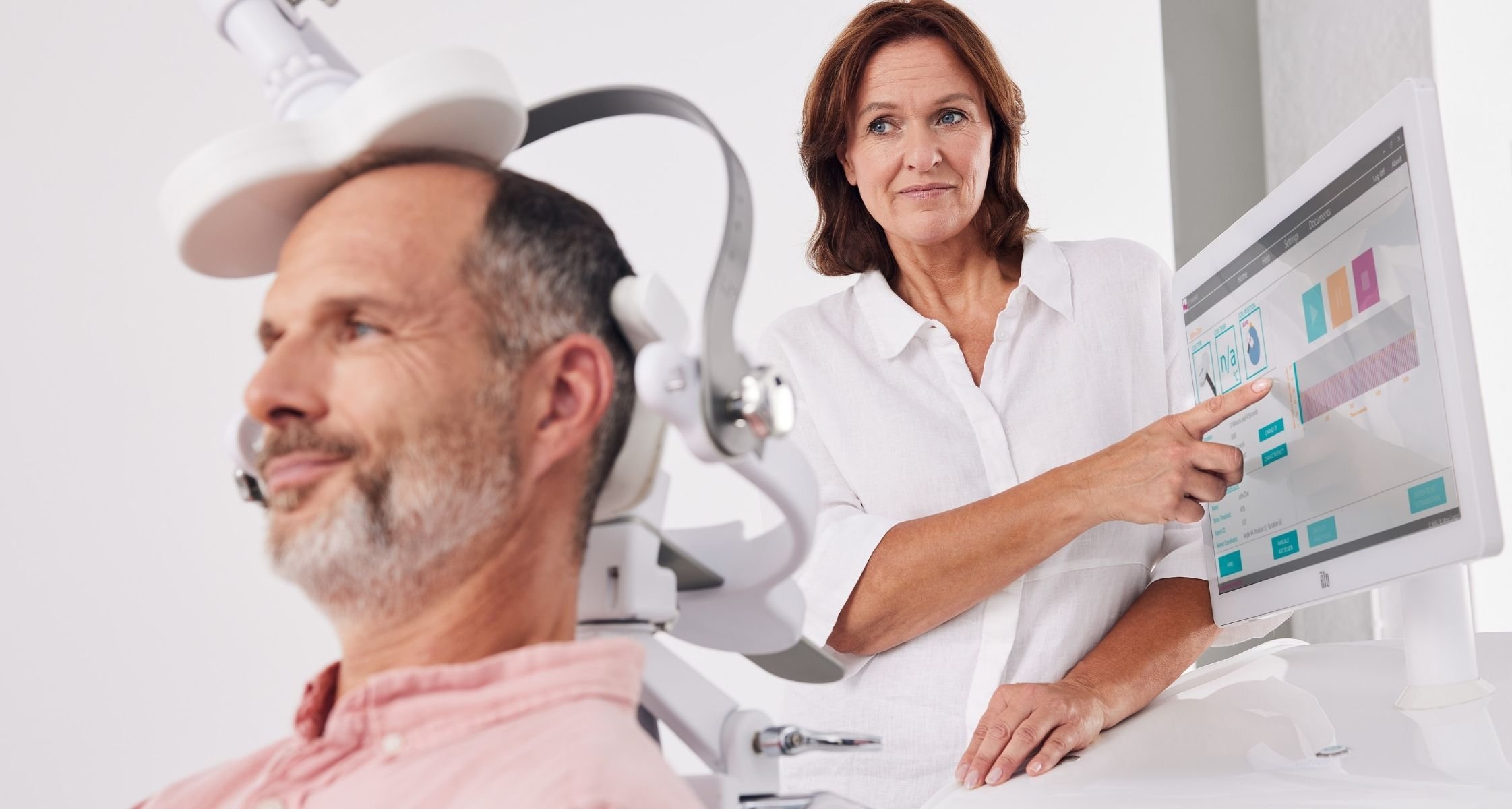 "Many different stimulation sites have been tried to treat OCD with TMS, but research shows the supplementary motor area (SMA) has the highest efficacy," says Dr. Stam.

Are you a professional interested in using TMS in your own practice or research?  Get started with neurocare's professional online course rTMS in Depression, OCD & New Developments and take the first step towards certification.

Dr Trevor Brown, a Neuroscientist and trainer with neurocare group, who teaches clinicians all over the world in the theory and application of TMS, explains why researchers were interested in stimulating this area of the brain in OCD patients:

Whilst more conclusive research is needed, in the case of OCD, scientists and clinicians have observed promising effects of the TMS treatment: "We see a reduction in core symptoms as measured by OCD scales, (such as the YBOCS)" says Dr. Brown.

How We Can Personalize TMS for OCD Treatment

What is key to note is that neuromodulation treatments on any area of the brain harness the brain's natural capacity to rewire. This is referred to as "neuroplasticity" and pertains not only to the stimulated area but possibly other areas in the brain via wide-spread neural networks.

The effects of TMS for OCD may go beyond treating OCD in its symptoms by also addressing underlying co-factors.

"When doing TMS for OCD, symptoms such as depression will often reduce, too." says Dr. Brown.

"The evidence is accumulating quickly, with many positive studies now even resulting in FDA approval for treating OCD with TMS." says Dr. Brown.

However, this research suggests TMS on its own may not produce the desired effects and rather a more personalized approach which takes a closer look at biological or environmental factors would lead to better outcomes.

In one such study in The Netherlands in 2017, by Donse and colleagues, it was found that the patients who responded well to TMS treatment also had good sleep hygiene as assessed and monitored as part of standard clinical practice in neurocare clinics worldwide.

Is TMS The Future of OCD Treatment?

Drs. Stam, who is based in The Netherlands, anticipates one day the method of treatment could become more accessible in more countries.

"Hopefully TMS could become covered by health insurance in the Netherlands and the rest of Europe," she says.

Much more research is needed until then, but the outcomes seem promising. Recently neurocare group announced the start of a phase III trial in our clinics in The Netherlands examining the cost-effectiveness of TMS with OCD who have been resistant to 'exposure therapy', another common form of treatment.

As with the development for TMS for depression, regulators usually first recommend TMS as a "last resort" for treatment resistant cases. However, at neurocare, we hope that with time, TMS will become part of therapist's toolkit for first line of defense treatments. This has recently happened in the United Kingdom, for instance, where the updated NICE guidelines recommend TMS for depression alongside standard treatments such as psychotherapy.

For TMS to become a mainstream treatment for OCD, more clinicians will need to be trained in correct procedures and delivery of TMS.

"One of the key difficulties is access to treatment. And since OCD is managed by mental health care professionals, such as psychologists and psychiatrists, these professionals must be trained in using the TMS technology, or have an extra technician on-hand, which can be costly and impractical. So, as training and cost comes down, access increases," says Dr. Brown.

Professional training organizations such as the neurocare group make training in TMS more accessible to clinicians worldwide and offer custom trainings for Psychiatry or Hospital groups. Additionally, with more and more therapy centers, such as in neurocare clinics offering this treatment for OCD patients, the benefits for TMS therapy in OCD patients is accumulating.

"One of the things patients appreciate about TMS with OCD, is the minimal negative side-effects – patients who have not responded to medication or have had severe negative side effects to medication now have another non-invasive option they can consider in discussion with their GP," says Dr. Brown 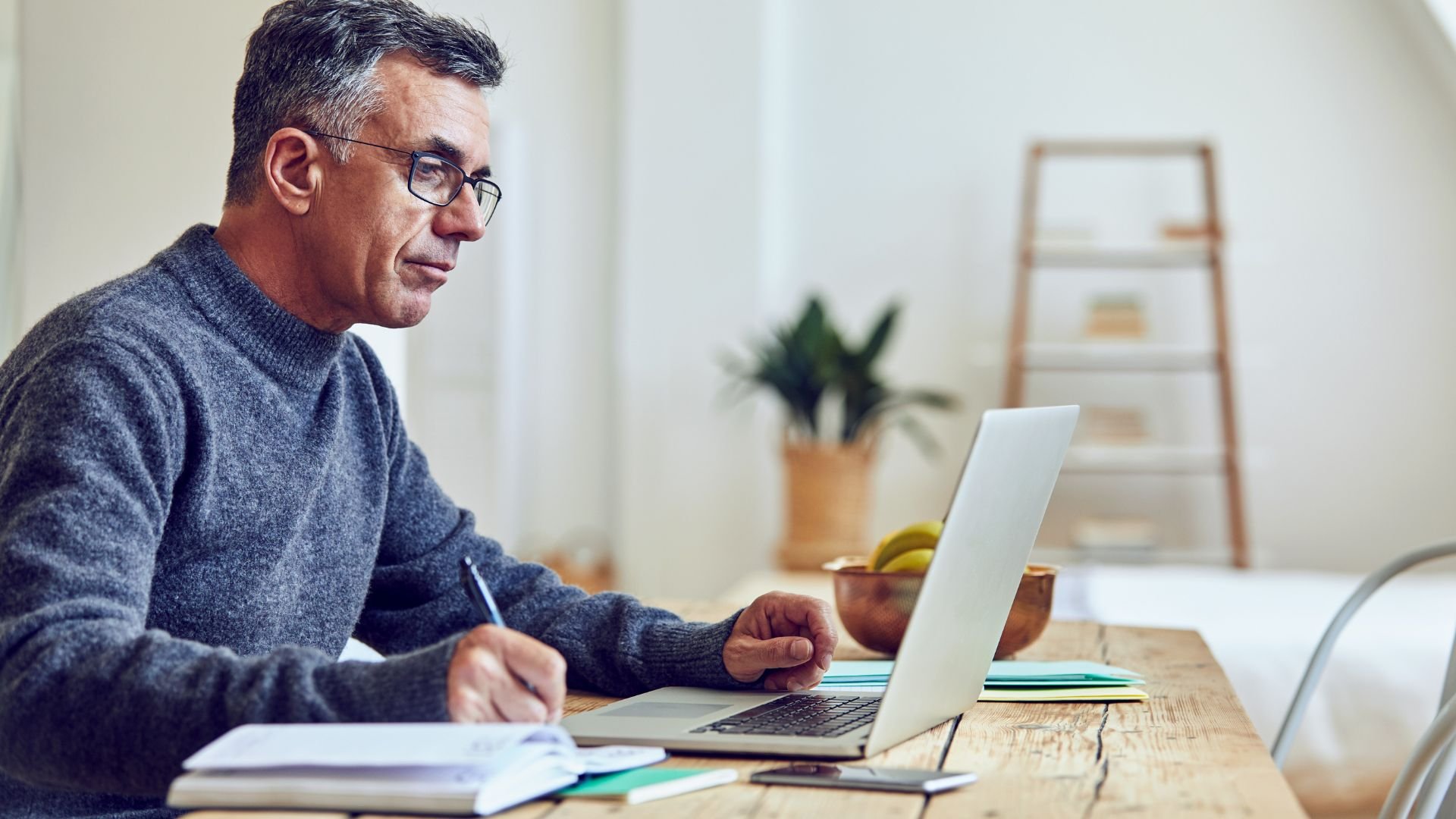 At neurocare we believe that practitioners should have a variety of tools at their disposal to provide the best possible care to their patients. TMS plays an important role in creating such an ecosystem and we are excited to see it develop further alongside other innovate treatment methods.

neurocare has made a professional training course available on the neurocare LMS:

The online course takes clinicians through the theory, application and case studies of using TMS in clinical practice of treating Depression and well as OCD.  This can be followed up by a hands-on training workshop at one of neurocare's clinics or training centers worldwide.