1. Treating Depression with Psychotherapy and TMS combined more likely leads to complete remission in a patient 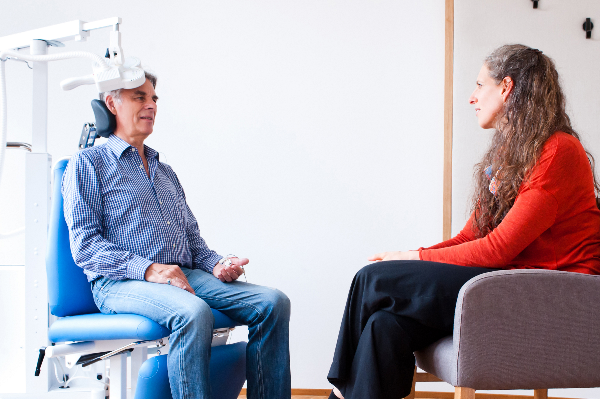 In 2017 leading neurotherapy researchers in the Netherlands concluded that magnetic brain stimulation (known as TMS or rTMS) combined with concurrent psychotherapy is more effective than either technique alone. The results were published in the international journal ‘Brain Stimulation’ based on a study in 196 patients. After an average of 21 sessions, 66% of patients with treatment-resistant depression responded well to treatment, with lasting effects after 6 months in 65% of this group.

Research has shown that depression is linked to disrupted communication in a specific network of brain structures including the frontal cortex (dorsolateral prefrontal cortex (DLPFC)) and the deeper anterior cingulate (sgACC). rTMS focuses specifically on the DLPFC and indirectly stimulates the sgACC trans-synaptically, as demonstrated in previous research on NCG-TMS.

Psychotherapy is understood to also activate the deeper sgACC in this network (among other areas) more directly. It is therefore seen that concurrent application of these techniques then activates a larger part of a malfunctioning ‘depression network’, with higher clinical efficacy.

The efficacy of rTMS as a monotherapy (i.e. conducted without individual psychotherapeutic support) is recognized throughout the world as a valid treatment for Depression and is furthermore supported by FDA approval in the United States, and is recognized by NICE in the United Kingdom. Since 2011, Health Insurance providers in The United States, and more recently, in The Netherlands, Czechia reimburse rTMS treatment for treatment-resistant depression.

2. A new technology to better target TMS therapy for Depression

In addition to the benefits of TMS treatment, neuroCare Group’s science and engineering team have been working on a technology to further optimise and better target TMS treatment using with Neuro-Cardiac-Guided. This method could potentially become a new way to more reliably identify the right cortical locations for rTMS in the treatment of depression.

The DLPFC is the rTMS target for depression, and targeting it more accurately, could improve clinical response rates in depression. Moreover, the stimulation output might be lowered due to the higher specificity, and rTMS treatment will be better tolerated. This study thus confirms the earlier proposed concept of Neuro-Cardiac Guided TMS (NCG TMS).

Click here to find out more about this study 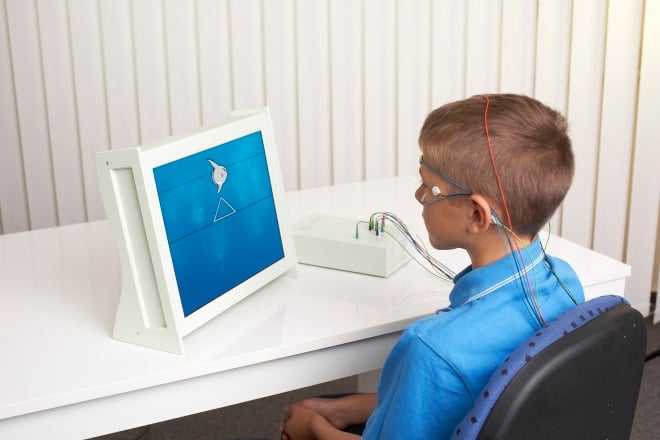 Researchers compare methods of treating ADHD in children and find that Neurofeedback, a medication-free technique, has long-lasting effects up to 12 months. Neurofeedback is a non-invasive therapy which is used to train brain activity, visualizing EEG waves on a computer screen via electrodes. This has been shown to help reduce symptoms of ADHD in children, particularly inattention and hyperactivity. However, scientists have debated whether the reported effects are long-lasting and a viable alternative to prescribing children with medications.

In this latest study, researchers compiled data of more than 500 children with ADHD comparing the results of Neurofeedback, with medications and “non-active” (no treatment) conditions. To critically interpret the data, researchers with different views on Neurofeedback were selected to contribute to the study.

They found that Neurofeedback had sustainable effects in the longer term, with positive and large effects observed after 6 months of treatment.  Moreover, the findings show that the effects of Neurofeedback show a tendency to improve over time, with no ongoing therapy sessions needed after the initial program compared to the group which was still taking medication at 6-month follow-up.

Dr Martijn Arns, one of the researchers of the study from Research Institute Brainclinics in The Netherlands, is confident Neurofeedback is a viable therapy option for children with ADHD “This meta-analysis shows that after an average of 6-month follow-up neurofeedback has a similar efficacy compared to active treatments including medication, opening the option to use medication more for short-term symptom relief, and using neurofeedback to achieve more longer-term benefit in ADHD, with the added benefit of there being almost no side-effects.”

“… the most striking aspect of the outcome of the study is that no difference in brain activity a measured using EEG was found between patients with and without ADHD, whereas brain activity was clearly different between male adolescents with ADHD that did and did not respond to methylphenidate, further demonstrating that brain imaging is better used for ‘prognosis’ and not for ‘diagnosis’. This finding offers hope and can prospectively be used to develop new treatments that are specifically aimed at this biomarker…’ said Martijn Arns, first author on the study.

This biomarker – possibly used in conjunction with other biomarkers identified in the iSPOT studies – could help assist in a future of Personalized Medicine or Precision Medicine, where biomarkers are used to objectively guide patients to the optimal treatment and can aid in the discovery of new treatments aimed at this subgroup.

More and more studies show that cognitive training can improve learning ability and memory performance and slow down the age-related degradation of cognitive performance. Thus, processing speed training seems to counteract the development of senile dementia (Edwards et al., 2017) and exercise-based language training seems to improve the speech ability of aphasia patients. The therapies take a lot of time and require a high training frequency.
Therefore, researchers are currently investigating whether cognitive therapies work better and faster when they are combined with transcranial brain stimulation with weak direct current (tDCS) or alternating current (tACS). Prof. Agnes Flöel (University of Greifswald) and Robert Darkow (Charité Berlin) found clear tDCS-induced effects on speech processing and language learning in aphasia (Darkow, Flöel, 2018) in several studies - including their own RCT from 2016 which included 26 patients, although generalized statements cannot yet be made. According to the German "Ärztezeitung", we can expect a multi-centre study with 150 patients for combined cognitive therapy and tDCS.