A Clinician's insights on ADHD and the future of treatment

As we close off ADHD Awareness month we have taken the chance to speak to one of our clinicians from the Netherlands - Drs. Joris van Neijenhof who has been working with patients with ADHD for a number of years. In this interview, Joris shares his motivation, experience and speculations about ADHD treatments for the future. 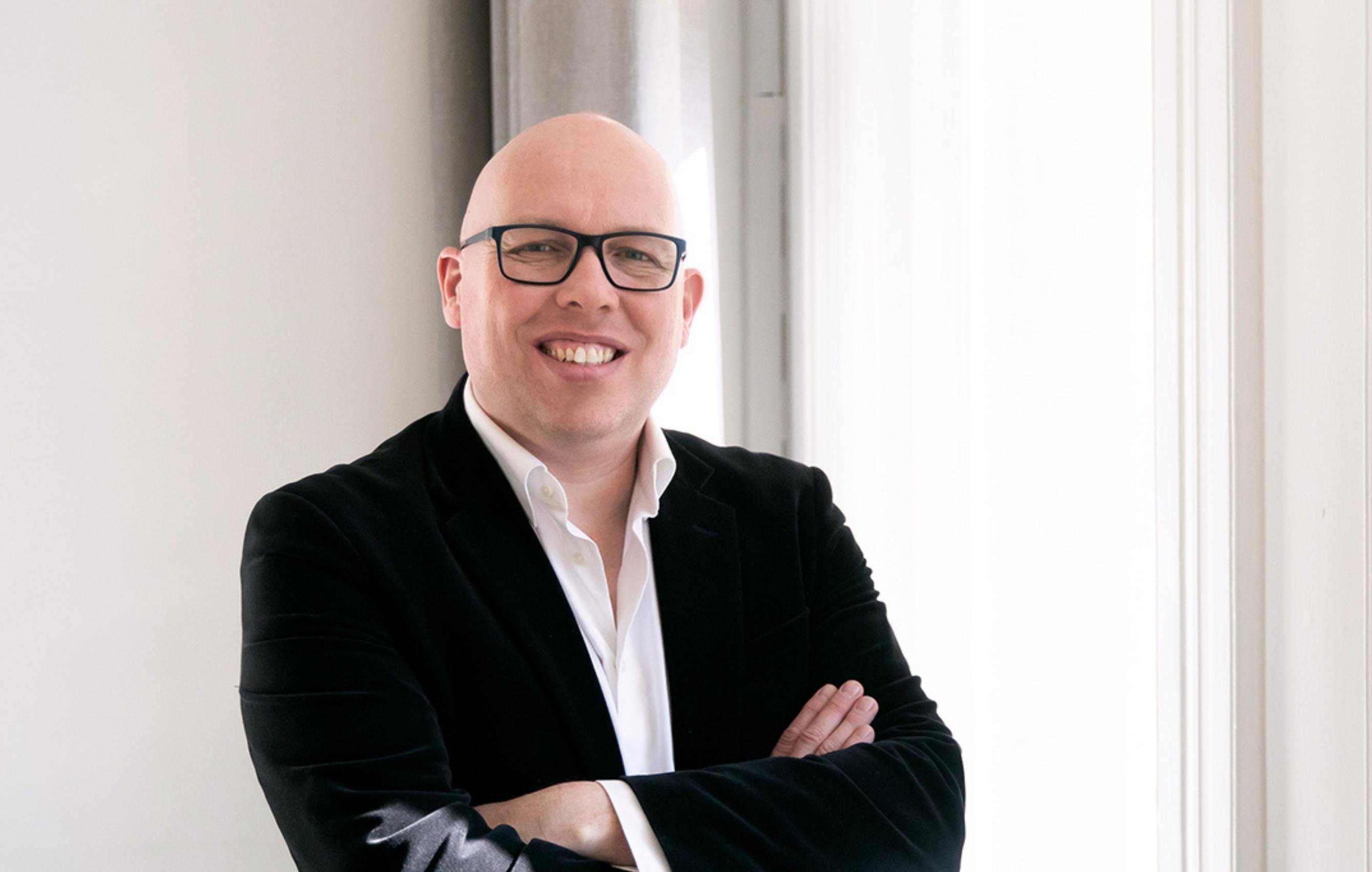 Why do you work in mental health and why do you specifically focus on ADHD?

I've always been interested in human behaviour and the brain, and also helping people cope with disability, be it from brain damage (which was my first job) or from psychiatric illness. ADHD is fascinating because it's so heterogeneous and there is much ado about the underlying processes that go wrong. It's also for some people very debilitating in daily life, drowning in chaos, be at risk for substance abuse and accompanying depression and anxiety.

What has changed in this time (clinically but also with the clientele)?

Well, there seems to be more awareness of the pro's and con's of medication, especially seeing that school children have been prescribed up to 4 times more medication in a time span of 10-15 years while the prevalence of ADHD seems to have been quite constant. That shows that ADHD is not on the rise itself, but that we as society deem it more of a problem. I would add that people in general are more aware of ADHD because of the ease of access to information, and we as psychologists are often confronted with patients that have done their homework on internet, which I think on the whole is a good thing. The number of people that come to find out if they have "it" has also steadily increased over the years.

Do we know what causes ADHD?

Well, there are certainly a lot of ideas and overall it's often seen as a developmental disorder. What I find difficult with that idea is that all the research into this has not yet shown a definitive and convincing model of what is then actually wrong with the brain. I myself like the idea that in some people at least, ADHD is a symptom profile caused by an underlying sleep disorder that can be already present from early childhood. It's a problem with not being able to fall asleep on the appropriate bedtime and therefore incurring chronic sleep deprivation. This in turn will make your forebrain sleepy, which then leads to problems with attention, planning & organisation, and you also lose the "brake" on your emotions and behaviour, creating impulsivity and hyperactivity. It also helps to explain why so many people with ADHD experience emotional problems, even leading to anxiety and depression, and why they are at risk for substance abuse. It's as if your brain loses the conductor of the orchestra and all the musicians go wild.

What are the signs/symptoms of ADHD - when should you seek treatment?

When you often experience attention lapses, chaos in planning (losing stuff, missing appointments, always being late), excessive daydreaming and/or have trouble with impulsivity and hyperactive behaviour, and it negatively impacts your life then it would be good to seek out a professional that can help you with determining if you suffer from ADHD and if treatment could help you.

How do people live with ADHD – how does it impact their lives?

They often complain of living in total chaos, never feel relaxed (always being "on"), not being able to hold jobs, fail at school/study and get the brunt of irritation and exasperation from teachers, parents, siblings and friends. This often severely impacts their self-image, feeling that they fail a lot, being branded the troublesome child or the lazy and tactless friend that forgets appointments, loses stuff and makes a total mess of situations. And this does not even include the trouble that comes from substance abuse and having anxiety and depression. To be fair, there can be some positives too: people with ADHD are often credited with being creative, fun, in for a party and they bring a lot of energy. They sometimes find their place too in society, for example in being artists, and excelling at jobs that need energetic people (especially if the job is at night, in that way the sleep problem doesn't interfere that bad). So although ADHD can be crippling it's not always all bad, and I also have seen examples of people with ADHD who use their intelligence and self-discipline to excel in demanding jobs, while also bringing that creativity and energy that they can exude.

That's a hard question. I have seen some examples of people getting rid of the major symptoms, and we were not able anymore to classify them as having ADHD. I've seen that with neurofeedback, and in some cases also with the proper medication. But I think for the majority it's all about managing their symptoms to a level that they can live (better) with it. It's interesting that if people still have symptoms of inattention and hyperactivity, but they don't feel that they are limited by it in daily life, that it's actually then not allowed to classify them with ADHD. The system states that they should have problems in at least 2 domains of life in society. So two people with exactly the same symptoms and severity still can have different classifications (the one does, the other doesn't)

What have been more mainstream approaches to treating ADHD?

Medication and integral behavioural approaches, such as life-style training and planning training. There also have been some successes with adjusting diets but the literature on that is often poor of quality and not always convincing.

What is the role of medication in ADHD treatment (in the past and now)?

It has always been the primary treatment option, often already in childhood. We are now learning more about what it does in (or to) the brain and opinions vary a lot about if it's detrimental to health, how effective it is, and what the long-term (side)effects are. There is even now some insight in that it not only ameliorates the primary symptoms, but may have a positive effect on sleep too. So the jury is still out on that one. 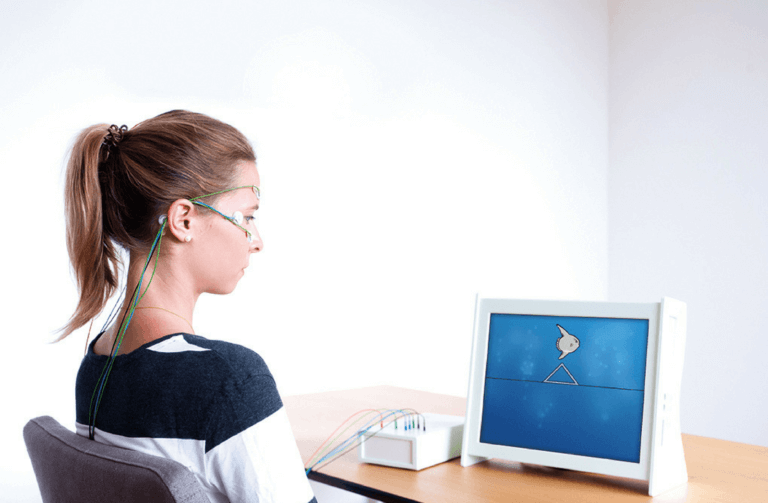 What are the benefits of using Neurofeedback for ADHD?

It makes use of the natural activity of the brain and naturally occurring learning processes, so there are no negative side-effects as with medication. We also have some evidence that points towards a better long-term effect than medication. We furthermore think that it goes more to (solving) the core of the problem, while medication seems to be more about suppressing symptoms.

Is there strong evidence that supports the use of Neurofeedback in ADHD?

Yes there is, if you know how to judge the mixed results from the literature. It's very hard to research neurofeedback and even little tweaks and changes can render the training ineffective. It's also realistic to state that we currently are still trying to understand how it works, and what the effective components are. The clinical results can be very impressive, and up to 70% of people (children and adolescents) have been seen benefiting from  (neurofeedback) training.  Whether that be some improvement to getting nearly rid of the whole symptom profile. It's hard for clinicians not to be enthusiastic about it.

Are there other “medication-free” interventions available?

Yes, a lot of mental health care institutes offer behavioural programs, in which people with ADHD learn to cope with their symptoms. Literature shows that the effects are more on the modest side, but you can get more insights into your ADHD and learn how to better plan and organise. I would be critical of treatments other than than that because I haven't seen convincing studies that show proof that they work, and you can find a lot of "snake oil" in the market.

What are your expectations and wishes for the future of ADHD treatment?

I hope that neuromodulation techniques such as neurofeedback keep playing their role in helping people with  ADHD and sleep problems. I also hope that we learn more about how it works and how we can tweak it to be even more effective. I'm very curious to see if any other training or intervention will see the light of day in the future. I think with how our society is evolving, especially with all the information that floods us all the time, and all the screens that have crept into our lives, attention spans and patience will probably shorten and this has the potential to makes us all a bit more ADHD